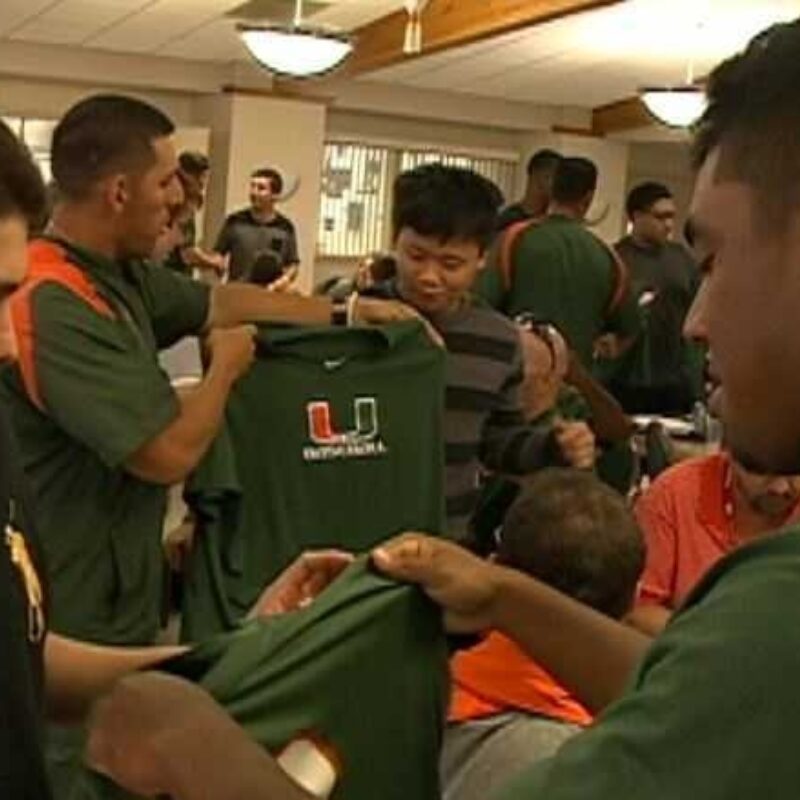 The College World Series is about more than baseball. For some of the teams, it's also about giving back.

The Miami Hurricanes visited the Omaha Home for Boys Sunday afternoon, touring the home, eating lunch with the kids and playing games with them.

"It's just a nice thing for these guys," head baseball coach Jim Morris said. "These guys all live here, and they're here for a reason and they're helping them through life. These guys are coming here to graduate from school and find a direction, and it's a great privilege for us as our team to be able to come here and visit them."

A College World Series team visit is a tradition for the Home for Boys, dating back to the 1990s. Last year, the home welcomed Ole Miss, and LSU visited two years ago.

"You've got to stay together, keep each other in line and push each other for the best," Miami baseball player David Thompson said.

Both the Hurricanes and the boys at the home know that baseball can change lives. Omaha police Officer Kerrie Orozco, who was shot and killed in May, knew that too, which is why she was honored at the College World Series.

"We've had different fans who've heard about her story, and even though they may not want a T-shirt, they want to donate to her cause," OPD Crime Prevention Specialist Theola Cooper said.

Louisiana State University fans are lining up to support blue.

"The respect of law enforcement officers is kind of dwindling, so I want to show them even people from (places) other than Omaha is supporting them," LSU fan Dwayne Bovia said.

"I'm understanding she (Orozco) was a real dedicated officer, real sweet lady," Bovia said. "I just her hope her memory sticks around in Omaha for years to come."

All of the proceeds from Orozco T-shirt sales benefit her family, as well as the baseball team that she was so passionate about. There's a booth at the Baseball Village all week.