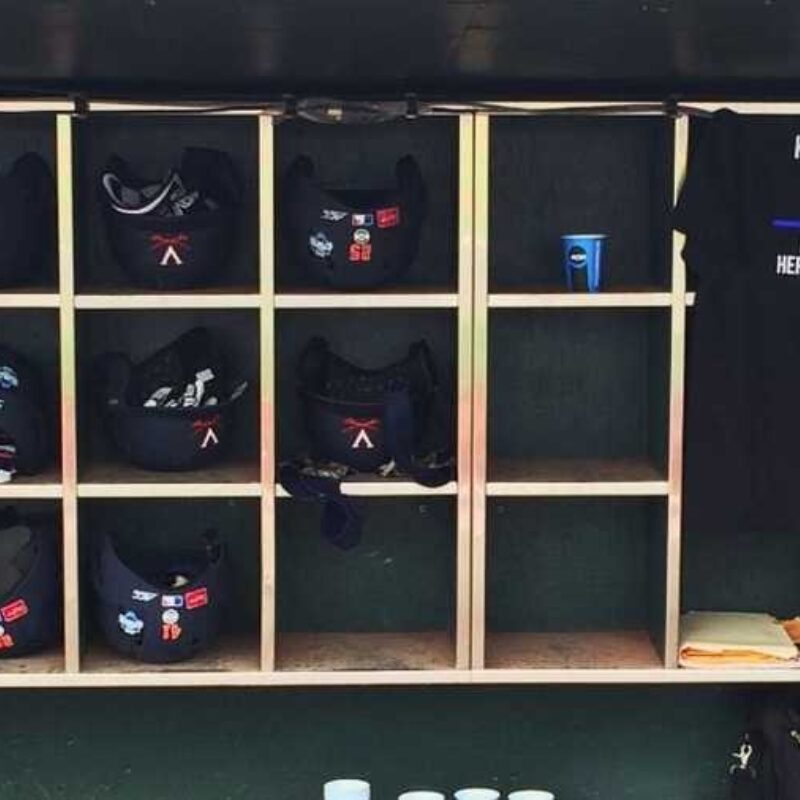 Omaha Police Officer Kerrie Orozco's legacy has stretched to both coasts, left an imprint on innumerable lives, and appears to be living on with some of those participating in the 2015 College World Series.

A 'Heroes Live Forever' shirt -- one of a few slogans used in the aftermath of Orozco's death, meant to inspire those to persevere -- was spotted by KETV NewsWatch 7's Ashley Nodgaard inside the Virginia Cavaliers dugout Saturday and again Monday.

Players and coaches also signed a bat for her benefit.

Orozco, 29, was killed on May 20 in a shooting near 30th Street and Martin Avenue, while serving a federal arrest warrant with the Metro Area Fugitive Task Force on, hours before she was supposed to start maternity leave.

Hundreds filed into the pews of St. John's Church nearly a week later as part of an outpouring of support from across the nation.

"Kerrie enjoyed working with people in their moments of need and helping them," Omaha Police Chief Todd Schmaderer said at the funeral.

She coached a youth baseball team at the Omaha Boys and Girls Club; members of that team attended her funeral.

“We called her 'Coach K,' like a normal person,” Faisaun said, “She was like a family member to me. I’m just doing this for her, going out here, playing the game, just for her."

Both the Hurricanes and the boys at the home know that baseball can change lives. Officer Kerrie Orozco, who was shot and killed in May, knew that too, which is why she was honored at the College World Series.

"We've had different fans who've heard about her story, and even though they may not want a T-shirt, they want to donate to her cause," OPD Crime Prevention Specialist Theola Cooper said.

Louisiana State University fans are lining up to support blue.

"The respect of law enforcement officers is kind of dwindling, so I want to show them even people from (places) other than Omaha is supporting them," LSU fan Dwayne Bovia said.

"I'm understanding she (Orozco) was a real dedicated officer, real sweet lady," Bovia said. "I just her hope her memory sticks around in Omaha for years to come."

All of the proceeds from Orozco T-shirt sales benefit her family, as well as the baseball team that she was so passionate about. There's a booth at the Baseball Village all week.

With Orozco's legacy living on in their dugout, Virginia will attempt to win its first CWS title in school history.