Security plans are in place for the College World Series 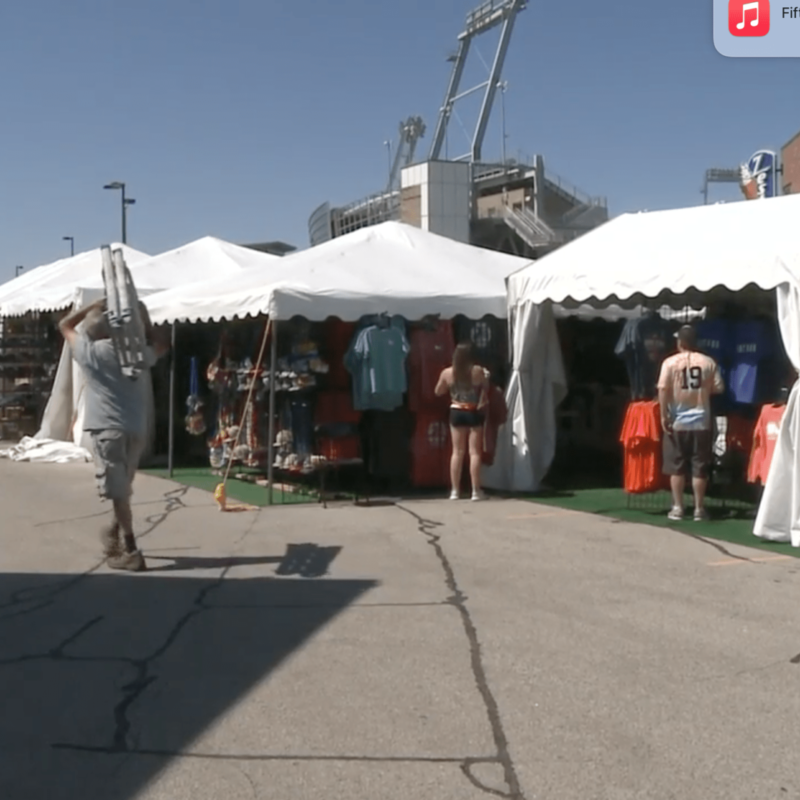 OMAHA, Ne (FOX42KPTM) - The hats are out, the t-shirts are up and the merchandise is ready to go. It's College World Series time in north downtown Omaha again.

"I've worked at this event for the last probably 14 years," said Pam Cardenas.

Cardenas will work inside one of the many tents at the Baseball Village. She'll be there for the entire tournament.

When she's not working that doesn't mean her tent, or any others for that matter, won't have sets of eyes on them.

"We have several people patrolling both the beer garden and on the north property and all around the perimeter," said Jenny Peters, marketing director for the Baseball Village. "We also staff overnight security."

"We try to make sure that in the event anything would happen, we hope it never would, that we are prepared for that."

In addition to the security staff that will be working down at the Baseball Village to watch over all of the merchandise, some people will have their own security staff as well.

"Just to make sure the premises are safe at all time."

Peters says changes are also coming to the Baseball Village. New this year, a truss system at the main entrance of the beer garden. It will feature a high-definition video wall. It will display important messages like weather-related information and what you can do to keep traffic flowing smoothly.

"We're able to put that up instantaneously."

Peters says the change is a necessary one.

"We felt that signage is really important."

If you're planing a trip to TD Ameritrade Park for the College World Series, you'll want to make sure you're bringing a clear bag with you. Officials say this will help make the security process easier for you and other guests. Even diaper bags must be clear. Medical-related bags are the only exception to the rule.

Also, if you like to ride those new scooters, the Omaha Police Department has a warning for you. They say they'll be on the lookout for anyone not following the rules of the road. As for the Baseball Village, Peters tells us scooters are not allowed inside of it.