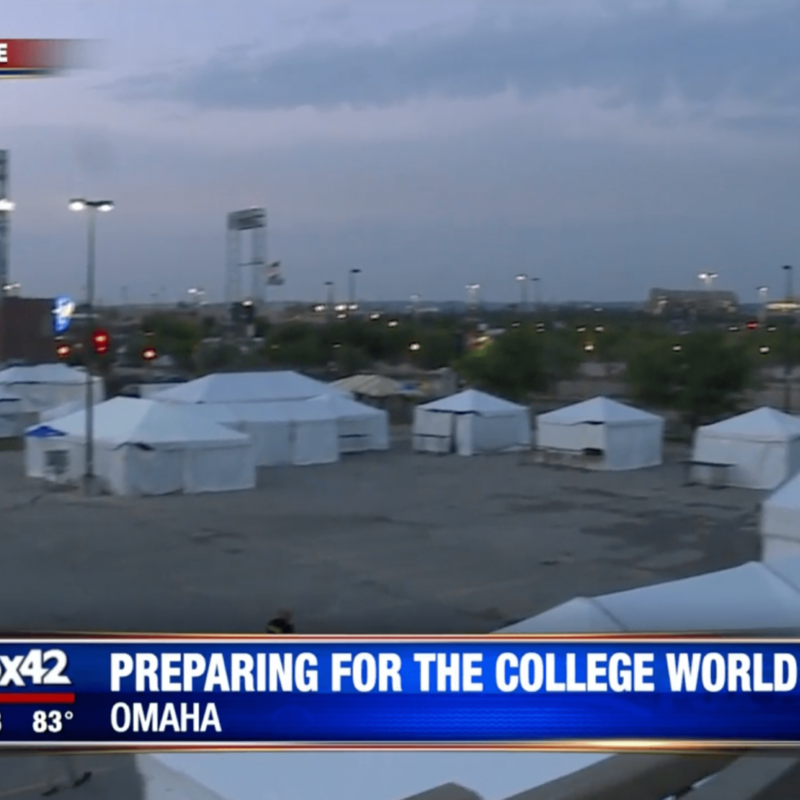 OMAHA, Ne (FOX42KPTM) — There is a lot of work to get done before Omaha is ready to host this year's College World Series.

It starts later this week and on Monday setup was underway downtown at places like Omaha Baseball Village.

Workers were pounding nails, moving equipment and setting up tents.

"There's so many pieces to this. It's a small city,” said Jenny Peters, marketing director for Omaha Baseball Village.

"We're feeling busy. We're in the prep mode. This is the planning time when everything kind of comes together. It seems a little chaotic."

Peters says more than 50 vendors will be at Omaha Baseball Village.

“We are working on getting a lot of the last tents setup so that they can start moving in, so there's a lot of different moving parts...in terms of fencing and moving furniture, and...really logistics."

One of the biggest differences people will notice at Omaha Baseball Village this year is the setup. The beer garden has been moved to a different area of the parking lot as well as the stage. Peters says it’s to give fans a better view of the stadium.

Peters said, "We've got a few new food vendors. We're selling pizza by the slice this year. We brought in Orange Leaf Yogurt. They're going to have a street taco tent also."

One of the other new additions this year is a batting cage. It's the biggest one that Omaha Baseball Village has had so far.

Peters said, "We're kind of thinking outside the box. We have a women's boutique on wheels...a children's boutique in a vintage camper...there's something for everyone here...everybody loves to come down here at some point during the College World Series."

Peters says tents will be inspected on Thursday to make sure they’re safe for fans and vendors.

FOX 42 is a sponsor of Omaha Baseball Village. We'll be there covering what's going on during the College World Series.