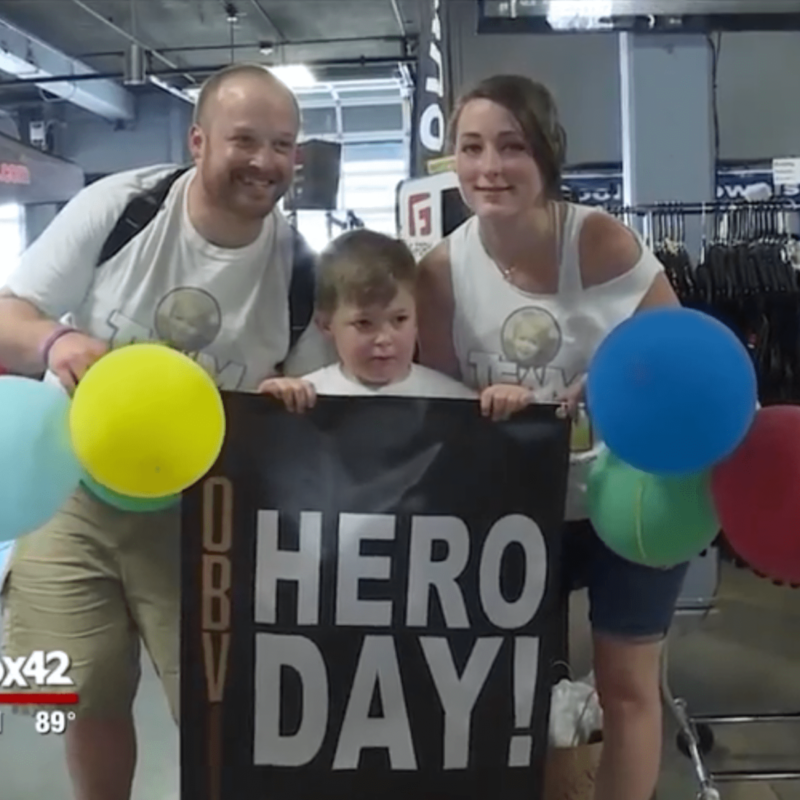 OMAHA, Ne (FOX42KPTM) — "Hero Day" at the College World Series may be over, but the memories some local children have after the event will stick around for a long time.

One of those children is five-year-old Ryan Austin.

Many consider him a hero as he’s dealing with a rare disease called Hunter syndrome.

Ryan’s mom, Lindsay Austin, said, "It's sort of acts like baby Alzheimer's so once he turned three he kind of started losing a lot of the ability to remember people, remember things that he used to know."

Jenny Peters, marketing director of Omaha Baseball Village, said, "These kids they're facing adversity whether it be a medical crisis or another situation in their lives, and they maybe would never have a chance to come to something like this.”

Thanks to "Hero Day" kids like Ryan had free reign at Omaha Baseball Village on Wednesday.

Peters said, "What we do is, in our own way, we roll out the red carpet and just say what do you want to do?"

From driving cars, to eating ice cream, everything was free for Ryan and his family.

Ryan’s dad, Matt Austin, said, "When we do get the chance to run out and you know have him be himself, have him run up and down the green track, it's like our paradise."

Ryan’s mom said, "It just means so much that he's able to go somewhere where he can just be himself."