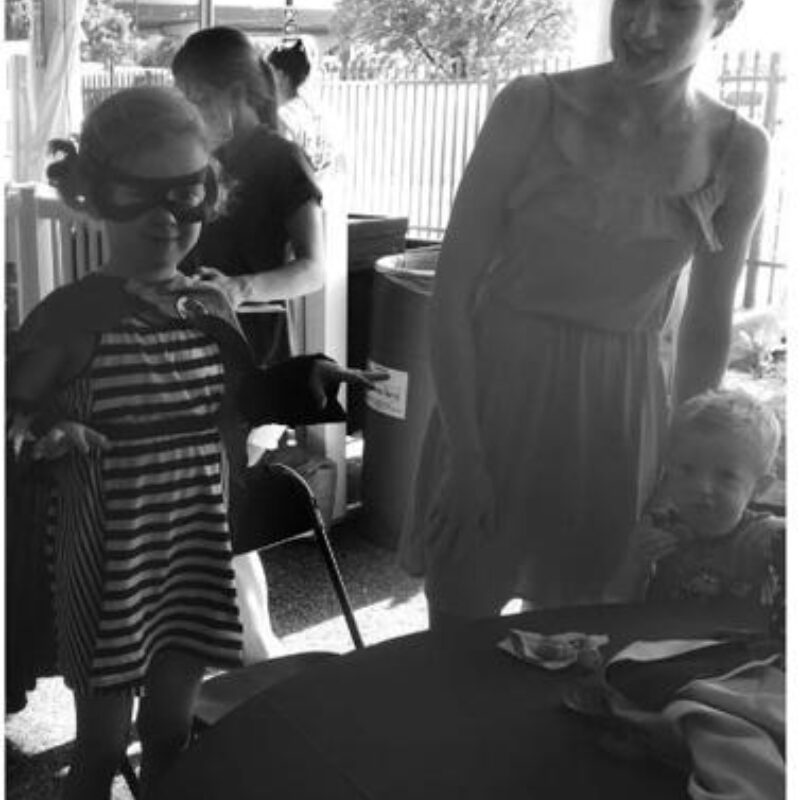 Born prematurely with complete congenital heart block, 4-year-old Lydia Brown has had three heart surgeries and is dependent on a pacemaker.

Lydia and her family volunteer with the organization Heart Heroes Inc., one of eight local nonprofits that took part in the 5th annual Flying Flags for Charity event Friday outside the Old Mattress Factory Bar & Grill.

Children representing each of the charities were invited to announce the name of the college baseball team their charity is supporting during the series. The Matt is displaying each team flag, along with the American flag, on the original Rosenblatt flagpoles that now stand along the south end of the Matt's parking lot.

During the College World Series, the Matt hosts the Omaha Baseball Village.

"It is a fun atmosphere to be in," said Lydia's mother, Alaina Brown. "It is nice that they take the time to put some energy toward charities and make that a highlight of the College World Series."

Each charity also had a chance to share its story. Families such as the Browns spoke from a stage about how the charity made a difference for them.

Jenny Peters is the marketing director of the Mattress Factory and its Baseball Village and described the Flying Flags for Charity event as an effort to make a difference.

"We are taking the wonderful platform of the College World Series and celebrating the crowds and the fun and excitement that goes into opening night," Peters said.

"It has really been a great way for the Omaha Baseball Village to give back to the community" by recognizing the efforts of local charities, she said.

Travis Mills, a quadruple amputee as a result of his military service in Afghanistan, also spoke. His comments focused on overcoming the obstacles he faces in his life.

"It's a feel-good approach to the amazing presence the College World Series has in Omaha," Peters said.

Along with Heart Heroes, the other charities represented this year are Ryan Our Lion, Crohn's and Colitis Foundation, Camp Quality Heartland, TeamMates, Dads Appreciating Down Syndrome, Alzheimer's Association and First Data Salutes.