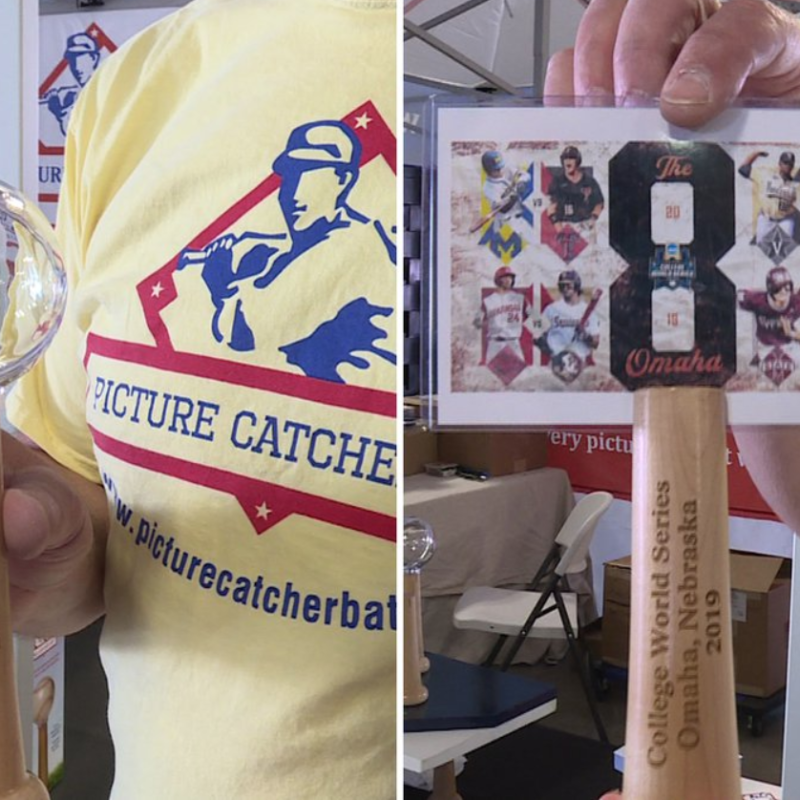 It’s tough to throw a complete game so when you need some CWS relief, turn to The Bullpen.

The Bullpen is something of an indoor mall in the Baseball Village.

Inside you can buy anything from t-shirts to jewelry and there are vendors from across the country.

Mike Hagerty is selling souvenirs that he brought in from the east coast. “Portsmith, New Hamshire,” is where he lives now, “originally from Boston,” he said.

As for his wares, “We invented two products. It’s called Pitch Catcher Bat and Ball Catcher Bat. One holds a picture and the second one holds a baseball," he said.

It’s not likely you’ll find either of those inside the stadium. So you’ll have to make your way to the Bullpen.

Some of the vendors have attend the CWS for years. For Mike, this is his fifth season and he says this event is about more than money.

"Now we feel like we're part of the family out here. We're ambassadors for the College World Series. When people come in we represent not only our product, we represent Omaha. It's a real big undertaking but we love it.”